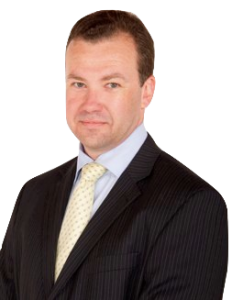 CIO in the Insurance Sector in South Africa

Malcolm is the CIO of a South African Insurance company.  Malcolm has extensive experience in Financial Services and has held CIO, IT management and Architecture roles at a number of prominent financial and government institutions . His areas of expertise include IT Strategy definition, Business IT Alignment, Monitoring & Management, Systems Architecture, Software Factory Design, and IT Governance.

Malcolm took on the task of re-energising and transforming the IT department in order to create a brand-new set of products to replace the existing product offerings.  The role also involved ensuring that the existing product-set could be maintained until the replacement products were ready.  The Architectures, planning, product selections, and culture transformations were all well established within the 2 year engagement, as well as good progress towards Operational Process improvements.

“Five things define Malcolm for me. Strategic thinker – effectively uses models to facilitates strategic discussions. Has a knack to simplify complex problems and scenarios. Knowledgeable – has relied on tried and tested research to help team and colleagues to make decisions. Passion for technology – Has an above average knowledge of technology and its role to solve business problems. Creative – I have enjoyed his thought process when he makes presentations – particularly the use of pictures to explain technology phenomena. A great assest considering his engineering background. Solves problems – At the end of the end we value people who solve the most important business problems. I will recommend him for any Technology, Strategy and Architecture role” — Chris Mbatha, GM IT-Business Relationships, PRASA, worked directly with Malcolm at PRASA

Creating and enhancing an Architecture Competency in an organization where IT was previously entirely outsourced.

“It was fun working with Malcolm, he has a fantastic big picture view but is also able to get down into the detail, get his hands dirty and deliver operationally, if needs be. Malcolm is able to connect with most people at their level, which earns him respect and makes working with him a pleasure.” — Carol Botha, Corporate Specialist: Commercial, Airports Company South Africa, worked with Malcolm at Airports Company South Africa

“Malcolm is a visionary who is ahead of the curve but who also has an instinct for practical implementation. He has a very good sense of what level of change an organisation is ready for and how to get it to that point. He is particularly strong at researching best practice and adapting it to a new organisational environment. On a more mundane level he is an incredibly productive and organised individual who can be counted upon to deliver high-quality work.” — Raoul Du Plessis, IT Architect, Nedbank, worked directly with Malcolm at Nedbank

“Malcolm was brilliant to work with, he is someone who takes charge of a situation, is really creative and a great communicator. As and when required Malcolm would take charge on initiatives and both inspire and motivate those around him. He has that specific “quality” in him that he is able to see through the “fuzz” of a situation and address the inherent issue.” — Gregory Gravett, Infrastructure Architect, Nedbank, worked directly with Malcolm at Nedbank

IT Manager & Architect at Investec Securities

“Malcolm is a technical visionary with the ablity to approach solutions in a methodological manner. He has developed frameworks and delivered applications of substantial quality. He is one of the most approachable and rewarding individual’s to work with on a project.” — Ronald Bartels, Infrastructure Manager, Investec, worked with Malcolm at Investec Securities

“Malcolm is an asset to any organisation. He inspires people.” — Andre Hartzenberg, Software Developer, Investec, worked indirectly for Malcolm at Investec Securities

“Malcolm thinks out of the box. His “Can Do” attitude is excellent and on many occassions has assisted in bettering the product by investigating all possible options fully in order for him to make an informed decision. Malcolm was excellent to work with and I would recommend him for any position.” — Astra Bester, CIPP; CIPP/C; CIPP/IT, was Malcolm’s client

IT Consultant at Intuitive Computer Systems